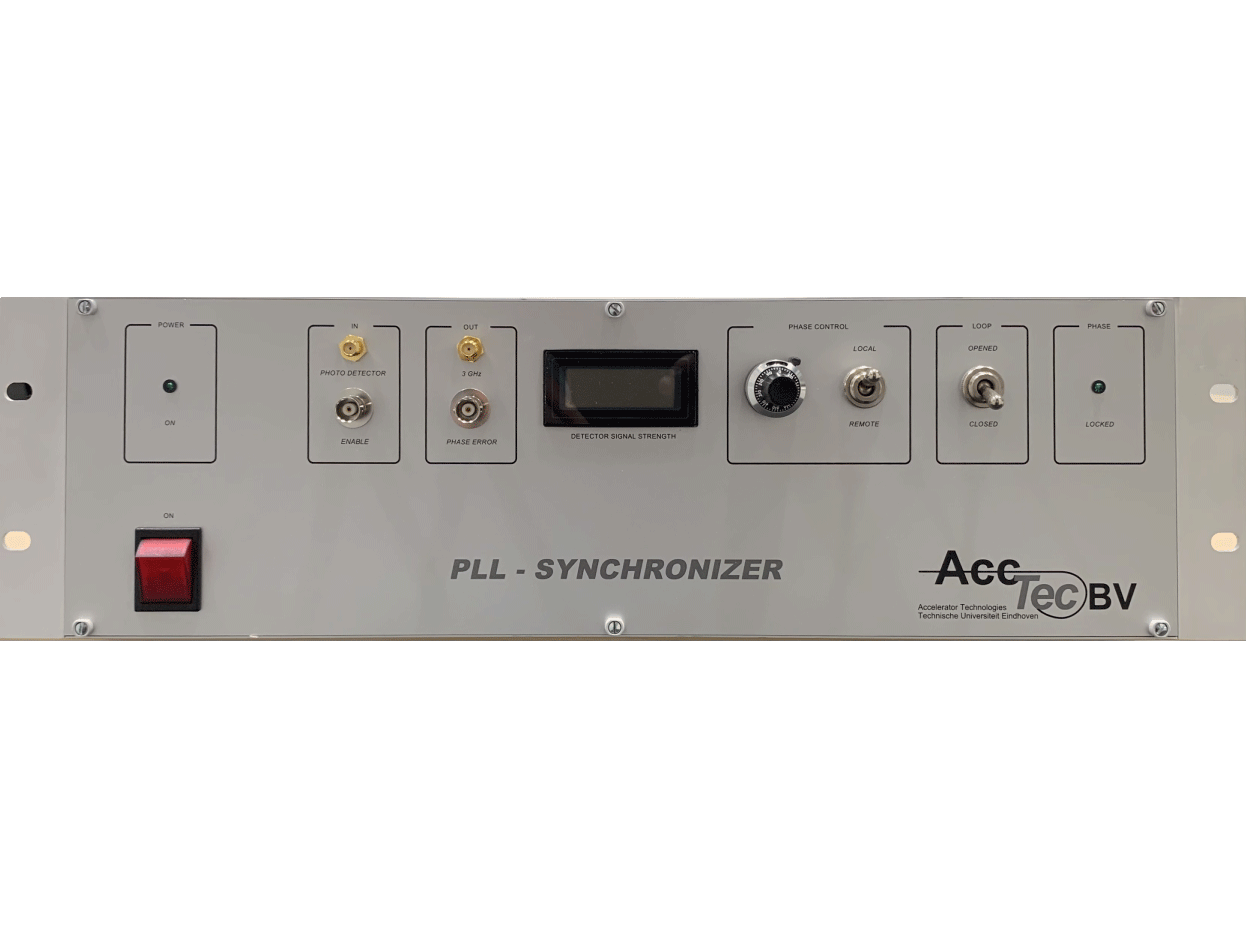 The synchronizer is designed to synchronize a 3 GHz RF oscillator to a mode-locked 75 MHz Ti:Sapphire laser system with less than 100 fs phase jitter. The principle of the synchronization has been published in ref. [1] and [2]. In many experimental systems mode-locked lasers have been synchronized to other lasers, to electronic oscillators and, recently, to a free electron laser with sub-picosecond jitter. In these applications the frequency of the laser is adjusted by changing the cavity length, to follow a master oscillator. In case the master oscillator is a stable crystal oscillator the advantages are obvious: the absolute (long term) jitter approaches the jitter of the crystal oscillator which is usually much better than the jitter and drift of a laser oscillator.

However, in many applications it is of greater interest how well the two sources are synchronized, i.e. the relative jitter counts and not the absolute jitter. In pump-probe measurements, for instance, it is the delay between the pump and the probe which is of prime importance, irrespective of the absolute timing with respect to some external reference. In these cases changing the frequency of the oscillator with the highest control bandwidth is to be preferred, because in a stable well-designed feedback system this bandwidth will determine the residual jitter. The control bandwidth of electronic oscillators often exceeds the control bandwidth of laser oscillators by more than three orders of magnitude. Typically, the control bandwidth of the 75 MHz laser oscillator is of the order of 1 kHz compared to a few MHz for the 3 GHz electronic oscillator. By making the laser the master oscillator in the design of the Synchronizer the relative phase-jitter is improved by almost 2 orders of magnitude, resulting in an RMS jitter of less than 100 fs.